Having an excellent idea embezzled is a nightmare for all entrepreneurs. Startuppers fear that their partners will steal their innovation and deploy the business on their own. Unfortunately, the reality is that without a well-considered strategy, someone can clone your app idea and launch it earlier, thus, taking a significant part of your potential customers.

If you want to know how to protect your project idea from being usurped, continue reading this post, where I will talk about best practices and tips to defend your business from copying, along with real cases of ideas being stolen.

Ways to Protect Your App Idea From Malicious Acts

Firstly, you need to decide what exactly you want to protect: ready-to-use software, product concept, technology, etc. And figure out the development phase you’re in for now: you have just an idea, prototype, or full-fledged software.

Secondly, you need to control the number of people involved in the project. If you’re at the stage of looking for a partner for your idea, you can employ a gentlemen’s agreement, considering all the project’s information with your future team. Such an agreement is a good way to secure your app from being duplicated at the early stages. It’s a verbal commitment of the details when partners agree not to hand the information to third parties.

Thirdly, you can protect your software project by signing a non-disclosure agreement (NDA). Some parties undervalue its importance, yet it’s a great preventive measure to secure your intellectual property. This document describes how the project’s data can’t be shared, who is in charge of information security, how this information can be used, and other terms of the arrangement. Along with NDA, keep in mind that only a small group of people should be aware of the project’s details. Otherwise there is a risk of information leaks.

Signing an NDA software development agreement is vital when you cooperate with off-side developers. It will allow you to protect your app idea before it’s released and prevent unauthorized use after the application is released.

The document also guarantees that in case of violations of the terms, the hired team cannot continue building the app or applying the idea that makes the basis of the application. Here are the core benefits of signing an NDA:

However, a non-disclosure agreement for software development can bring some difficulties on the fundraising stage. So there should be a balance of significance. On the one hand, there is some risk in sharing product ideas with stakeholders. But, on the other hand, you won’t get investments if you refuse to raise the curtain on a project before NDA signing.

As an option, you can discuss the general project’s concept, the domains it will be applied to, and technologies used during the development stage. You can share more information after the contract has been signed.

Real-life Examples of App Being Copied

Over 150 000 thousand applications were rejected by the App Store because they were copied. Reproductions bring real damage to companies and steal a tidbit of customers, which results in lower incomes. Let’s look at the popular app ideas that were duplicated:

It was tough for those platform owners to prove the fact that their project ideas were cloned. Thus, in such a situation, before accusing anyone, ensure that theft has occurred. There is a thick line between duplication and inspiration. So, before making a complaint, you need to define if your project was copied or was used to get inspired. If the second theory takes place, it will be challenging to defend your copyright. Moreover, you have to determine how your idea was copied (name, screenshots, code lines. etc.) This data will be substantial if you have your trademark registered.

Tips to Protect Your Project Idea

Use these additional working clues to protect your idea for an application or website.

What To Do If Someone Has Already Stolen Your Project Idea?

If you detect the copy in the Google Play or Apple Store, you need to inform platforms about it. The stores can reduce the number of duplicate apps or reject them. For example, when the Flappy Bird story obtained wide publicity, the App Stores diminished the position of the copies. Each store has its own policy for such cases.

Even though it sounds easy on paper, with in-depth preparations and an experienced IT vendor, you can ensure that nobody will steal your app idea. 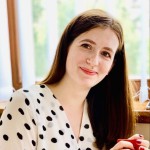 Kate Orekhova is a tech writer at Cleveroad. A writer by day and a reader at night, she’s keen on technology and innovations. Her passion is to tell people about the latest tech trends in the world of IT.

9 Definite Steps to Become an Entrepreneur With No Money

Know The Latest Techniques To Improve Your Logo Design